Cllr Peter Mills to Step Down 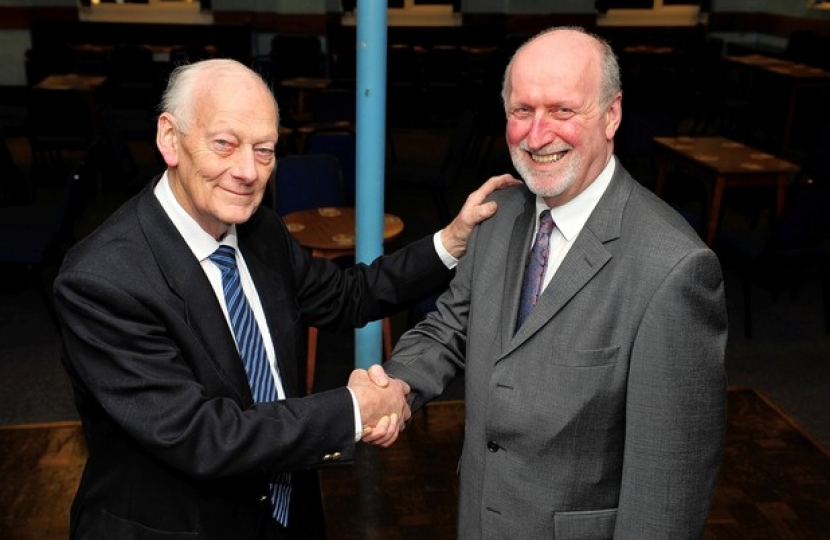 AVETERAN Conservative councillor is to step down from the role after more than 30 years in local politics.

Councillor Peter Mills, who represents the Wolds ward on North East Lincolnshire Council, had previously announced his intention to stand again in this year's local election.

However, Councillor Mills, who turns 80 in two weeks' time, said a combination of his age, his health and his business interests had persuaded him it was time to call it a day.

Councillor Mills will continue in the role until the election in May, when David Hasthorpe, the chairman of Healing Parish Council, will contest the seat for the Conservatives.

Born in Tattershall Thorpe, near Woodhall Spa, Councillor Mills moved to the Grimsby area in 1956 to take a job with a textile manufacture.

He ran his own company Havelock Knitwear, for almost 40 years until his retirement in 2000, and is now a partner in RJR Knitwear, which is based on Poplar Road, in Cleethorpes.

Councillor Mills was among the founder members of Bradley Parish Council, which was established in 1975, and served as chairman.

He was elected on to Cleethorpes Borough Council in 1983, became a Humberside County Councillor two years later, and served as North East Lincolnshire Council's portfolio holder for adult social care.

Councillor Mills, who now lives in Healing, said: "I'm getting on in years and my health hasn't been all that good for the last couple of years. I felt I had done my bit, that I had achieved quite a lot for the Wolds and that it was time for somebody younger to have a go.

"I have had many a battle and I'm proud of the fact I have represented and supported the people of the various villages, not only Laceby, Healing and Bradley, but also Waltham during my time on Humberside County Council."

Councillor Mills, who is married and has two children and two grandchildren, said he would miss the "comradeship" of his fellow councillors, but added that he was looking forward to spending more time with his family and maintaining his collection of classic cars.

Councillor Hasthorpe, who has stood previously for the Conservatives in Freshney and Sidney Sussex, grew up in Laceby and now lives in Healing, where he has served on the parish council for almost 20 years.

The 58-year-old is married with two children and three grandchildren, and is a sales consultant for a local family car dealership.

He said: "Councillor Mills has done a phenomenal job over the years and I am sorry that he is going, but I can't say how honoured I am to be selected to run as a Conservative councillor for that ward."

If elected, Councillor Hasthorpe says he will bring tenacity to the role, and aim to tackle issues facing residents, such as helicopter noise in the villages.

He is also keen to support the devolution of local services and facilities, such as the bowling green and playing fields in Laceby and Healing, to the local community.

She said: "Peter Mills has been a superb councillor, totally committed to the residents of the Wolds ward.

"He is a wonderful orator – he doesn't need notes to speak – and what he says is always common sense.

"Whenever you sought advice from him he never shirked from telling you what to do and how to do it. It has been brilliant to serve with him and the council will be a sadder place without him."

Another Conservative councillor, Scartho's David Hornby, is also stepping down at this year's election. Keep checking your Grimsby Telegraph for the full story.