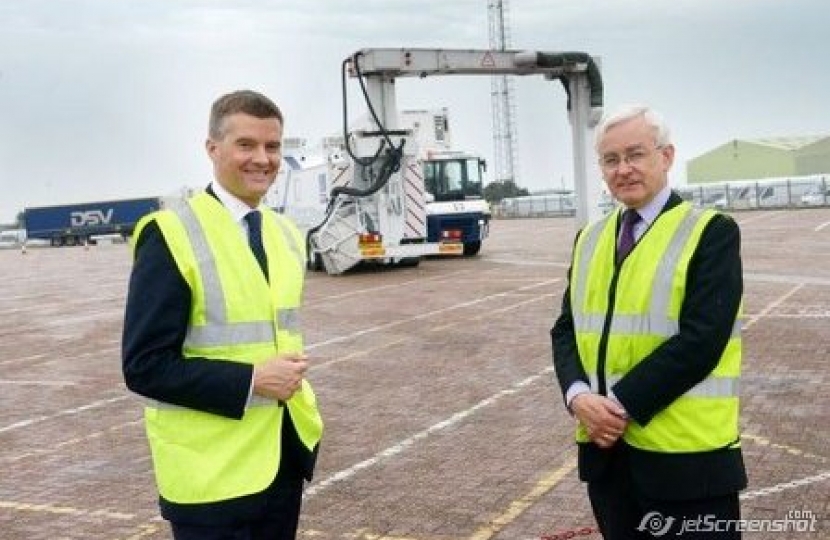 The Minister of State for Immigration, Mark Harper MP, personally thanked officers from the Border Force at the port after a series of successful seizures, when he visited a container yard yesterday.

During a recent visit to the port of Immingham he saw close-up the technology used to identify smuggled contraband goods, and he had a special pat on the back for sniffer dog Norman, who has detected 11 tonnes of illegally imported tobacco and seven million cigarettes in the past year.

A £1 million scanner which takes an X-ray of containers was demonstrated to the minister, who was accompanied by Cleethorpes MP Martin Vickers.